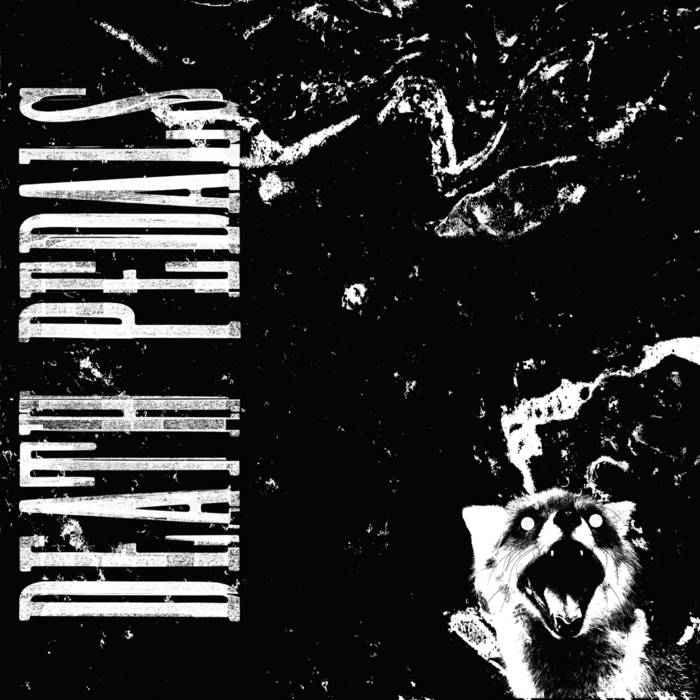 pas mal du tout just had 1st listen and my watch says my heartbeat went from 64 to 84. Boom.

Having been a must see live band and fixture of the London DIY scene for over 8 years, Death Pedals have recently announced that they will be calling time in February 2018.

Knowing the end was in sight, 2017 saw ‘The Pedals’ celebrate the release of now sold out second album ‘Meat House’ with more UK shows, tours in Europe, and appearances at Arctangent, Supernormal, and Freakshow Festivals. To round off their busiest year yet, they also found the time to record their third and final album ‘Death Pedals’.

The recording of the last release embraced a more experimental approach than their previous albums. With only 4 songs written, and a handful of ideas, they decamped to Giant Wafer Studios, Wales for four days in November to write and record as much material as possible, live, vowing to commit it to wax, whatever the outcome.

The results are a continuation of the raw noise punk of ‘Meat House’ whilst also bringing in new influences, and almost complete departure from any previous work. With nods to Shellac, Slint, Blacklisters and Meat Wave, Death Pedals have built on their rock ‘n’ roll foundations to create their most challenging record yet, an immediate and essential finale.

Bandcamp Daily  your guide to the world of Bandcamp

cktrl talks about heartbreak and his new record 'Robyn'